This page offers a more detailed explanation of how the EMU device and its equipment utilize the energy of the hurricane centers, which  stems from the tremendous 120,000 TW power of the sun reaching the Earth. Inside the device rotating in the wind there is the necessary equipment for transforming the energy of the hurricane into electrical energy. Since it is difficult to extract the electrical energy from the device during a storm, this energy is converted further into a third energy form which is then stored inside the device.

Additional benefits can be gained by selecting an appropriate form of third energy. For example, manufacturing carbonaceous fuels ties up carbon dioxide.
By utilizing the below method for collecting the energy of the hurricane, the force of the hurricane can be reduced. In addition, it seems that the course of the hurricanes can also be altered.

The hull structure of the EMU (Energy Management Unit) is shaped like an ellipsoid of revolution.

The structure of the ellipsoid is more durable than that of cylinder and requires less material to manufacture.
When a powerful wave hits the device, the water flows more easily past an ellipsoid than past a cylinder. When moved about by the fierce weather conditions, an ellipsoid also sinks easily below the water surface, which means that there are only moderate inertial forces affecting the EMU.

The EMU is fully aware of what goes on around it at all times. In other words, it can predict possible dangerous situations, such as hitting land or colliding with the other devices, and its motors allow the device to keep moving even when there is no wind.
By continuously fine-tuning the device´s power it is possible to utilize all energy forms in the hurricane.

Animations of a rotating EMU

An end view of rotating EMU

The EMU is designed to operate amongst the heavy winds around the eye of the hurricane raging at sea.When the wind hits the airfoils and other parts of the device above the water surface, the hull structure, whose cross section is an ellipse, rotates freely on the water. This rotation then powers the generators inside the device.

The generators (17) are plased on the main shaft, and they can be made to function as electric motors in an instant by using computers.

When the wind strikes the aerofoils and other parts of the device above the water surface, the outer structure of the EMU begins to rotate. The rotors are attached to the main shaft, to which the counterweights (16) are also anchored. Due to the Earth’s gravity, the counterweights tend to stay in a down position, thus holding the rotor in plase. Depending on how the output of the generators has been set, the counterweights begin to rise to upward. When operating at maximum output, the counterweight’s center of gravity is at the height of the axis of rotation.

The optimal power output of the generators is monitored by a continuous automatic fine-turning done by computers.
When necessary, the brake force of the EMU can be modified by adjusting the output of the generators. Increasing the energy production will slow down the rotation of the device, which will reduce its speed in relation to the water. In case there is an inevitable collision in sight, the rotation of  the EMU can be brought to a halt in a very short time. The progression of the device in relation to the ground can be stopped by using the motors. hence avoiding any major damage.  See here for known problems.

The generators (17) located on the main shaft have been designed to also be used as motors. In addition to these, there are other motors (23), which are used when electric energy runs out.

Forcing the counterweight (16) to rise to the side or to rotate by using the motors will cause the EMU’s shell to start rotating, as a result of which the device will begin to move to the desired direction. This way the EMU can move even in windless weather.

When necessary, the motors can also be used for braking. The best braking method, however, is to increase the output of electricity.

If the EMU has been divided into sections with joints (20) that are vertical against the axis of rotation, the sections can be rotated independently of each other. This is a way of facilitating the steering of the EMU. Even when moved by motors, the EMU can be steered by adjusting its center of gravity.

When the animation go on, EMU first rotates clockwise (as if advancing to the right) and then counterclockwise for a short while (moving to the left due to the underpressure occurring on the aerofoils). 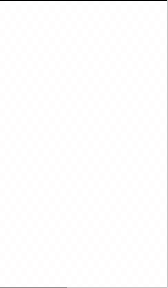 Utilizing the potential energy of water

Let us envision a situation where the device has reached the crest of a wave and is rolling down the surface of the water to the bottom of the next wave.

The device’s rotation speed tends to grow in this situation, in which case we can increase the output of the generator  accordingly.  This way – by increasing the pressure acting on the airfoils under the water surface – the potential energy of water can be converted into electrical energy.

Deriving energy from water that moves against the wind

This will work towards increasing the device’s rotation speed, in which case we can again increase the output of the generators accordingly.

The speed of the water moving against the wind can thus be reduced, meaning that we can convert the kinetic energy of water into electric energy.

Now, let us envision a situation where the device advances from water moving against the wind onto water moving in the direction of the wind.

This will work towards decreasing the device´s rotational speed, which can reduce the power output of generators.

The animation below shows a situation where the EMU is light and the wind strong enough to increase the peripheral speed of the EMU’s aerofoils to a greater level than the propagation speed of the wave motion. In this case, the propagation speed of the device is high, both relative to the surface water and to the ground, and under the said circumstances the device has a substantial energy resource at its disposal due to the great height of the waves and the strong back and forth movement of the water.

This situation can be reached by initially maintaining the generator output at a low level, in order to increase the speed of the device to a sufficiently high level.

In the animation, EMU is considered to have the opportunity to rise on top of the wave in front of it. When this happens, the EMU works at its optimal efficiency and can most efficiently harness all possible forms of energy: the kinetic energy of the wind and water, and the potential energy of water

The red dots in the animations indicate the movement of water particles.

The animation pauses from time to time so as to make it easier  to read the text .

At the crest of the wave, the surface water moves in the direction of the wind, making it easier for the EMU to climb on the top of the wave. The surface water moving in the direction of the wind will slow down the EMU’s propagation relative to the water, reducing the generators’ electricity output momentarily. At the same time, however, the EMU’s propagation speed relative to the ground will increase, whereby it will gain more kinetic energy that can be harnessed in the next stage.

When the EMU then rolls down the other side of the wave, the energy output of the generator can be increased. This way the potential energy and the kinetic energy gained by EMU while moving in the direction of the current can be converted into electrical energy. An increase in the output go the generators  will increase the pressure on aerofoils below the surface, which will cause water to spread to the bottom of the following wave, thereby evening out the surface of water.

EMU riding the edge of the waves

(or the main animation on the Home page)

EMU riding the edge of the wave.

This animation shows a situation where either we do not want the EMU to move on top of the next wave or the device is unable to climb there.

In these cases, too, the propagation speed of the device is high both in relation to surface water and in relation to the ground. High waves and water moving forcefully back and forth contain a significant amount of energy.

In this case, the aim is to leave the EMU to be rotated by the wind and the waves at an optimum spot at the edge of the coming wave – in other words, to ride the edge of the wave.

When the wind is strong enough, the wave pushes the device, which can be maintained at the right spot on the edge of the wave by using computers to appropriately adjust the output of the generators. In other words, the peripheral speed of the airfoils is adjusted so that the airfoils below the water surface are subjected to adequate pressure. This way all the kinetic and potential energy of the water can be utilized in the given situation.

Another possibility is trying It to maintain EMU at the bottom of the wave. Surface water moving against the wind will increase the EMU’s propagation speed relative to the water, tending to increase the EMU’s rotation speed. If the electricity output of the generators is increased, the speed of EMU will slow down, increasing the speed of the wind relative to that of the EMU. In other words, the wind will rotate the device more efficiently.

The dashed lines show the situation a moment later.

If the EMU device L3 approaches the EMU device L4, the speed of device L3 is decreased momentarily by increasing the electrical output of its generators. The rotation can also be brought to a halt and, if necessary, the motors can even be run in the reverse direction.

If necessary to avoid collision, the speed of device L4 can be increased by momentarily reducing the electrical output of its generators, as a result of which the rotation of the device will accelerate on the water surfice. The dashed lines show the situation a moment later. Vector lengths indicate the speed of each device. The shorter the vector, the slower the speed.

Turn the EMU into a game – and save the world.